A blue velvet case contains the pair of diamond bracelets, bearing the name of the final Queen of France. The final price was several times the pre-sale estimate.

A pair of diamond bracelets that belonged to Queen of France Marie Antoinette have sold at auction for $8.18 million (£6.03 million).

A blue velvet box bearing the former Queen’s name holds the double bracelets, which are composed of three strings of diamonds each – 112 of the gems in total – and a large barrette clasp. Each weighs 97grams and includes silver and gold.

Image:The successful buyer bid by telephone and has not been identified

Rahul Kadakia, Christie’s international director of jewellery who conducted the auction, told the Geneva saleroom that the bracelets had stayed in the family for almost 200 years.

The successful buyer bid by telephone and has not been identified.

Marie Antoinette was the last Queen of France from 1774 until 1793 when she was guillotined after being found guilty of crimes against the state.

She sent a letter from prison in Tuileries in Paris saying that a wooden chest with jewels would be sent for safekeeping.

Her surviving daughter Marie Therese, Madame Royale, received the jewels on her arrival in Austria, the British auction house said, and they had been kept within royal lineage until now.

Image:Marie Antoinette was the last Queen of France before the French revolution

In a 1785 portrait by Adolf Ulrich Wertmuller, which is now on show at the National Museum in Stockholm, Marie Antoinette is depicted wearing the bracelets.

In the same auction, an art deco ruby and diamond bracelet, ordered by the Duke of Windsor from Cartier, and given to his wife Wallis Simpson on their first wedding anniversary failed to find a new owner.

Image:This artwork is by an unknown artist depicting Marie Antoinette as she is taken to the guillotine at the height of the French Revolution October 16, 1793

On Wednesday, as part of regular Geneva jewellery auctions, rival house Sotheby’s is set to put under the hammer a 26.8-carat oval sapphire surrounded by diamonds, and matching ear clips that once belonged to Grand Duchess Maria Pavlovna of Russia and were whisked out of Russia during the country’s 1917 revolution.

And on Thursday, Sotheby’s will auction a pair of high-top Nike sneakers from the late Kobe Bryant, worn during his 2004 victory over the LA clippers.

No comments to show.

Smart Watch on The GO 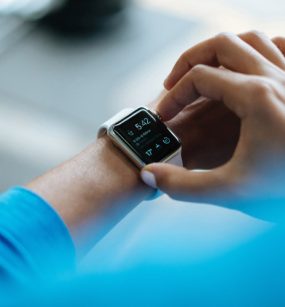 A smartwatch is a computerized wristwatch with functionality that goes beyond timekeeping. While early models can perform basic tasks, such as calculations, translations, and game-playing, 2010s smartwatches are effectively wearable computers.

We use cookies on our website to give you the most relevant experience by remembering your preferences and repeat visits. By clicking “Accept All”, you consent to the use of ALL the cookies. However, you may visit "Cookie Settings" to provide a controlled consent.
Cookie SettingsAccept All
Manage consent

This website uses cookies to improve your experience while you navigate through the website. Out of these, the cookies that are categorized as necessary are stored on your browser as they are essential for the working of basic functionalities of the website. We also use third-party cookies that help us analyze and understand how you use this website. These cookies will be stored in your browser only with your consent. You also have the option to opt-out of these cookies. But opting out of some of these cookies may affect your browsing experience.
Necessary Always Enabled
Necessary cookies are absolutely essential for the website to function properly. These cookies ensure basic functionalities and security features of the website, anonymously.
Functional
Functional cookies help to perform certain functionalities like sharing the content of the website on social media platforms, collect feedbacks, and other third-party features.
Performance
Performance cookies are used to understand and analyze the key performance indexes of the website which helps in delivering a better user experience for the visitors.
Analytics
Analytical cookies are used to understand how visitors interact with the website. These cookies help provide information on metrics the number of visitors, bounce rate, traffic source, etc.
Advertisement
Advertisement cookies are used to provide visitors with relevant ads and marketing campaigns. These cookies track visitors across websites and collect information to provide customized ads.
Others
Other uncategorized cookies are those that are being analyzed and have not been classified into a category as yet.
SAVE & ACCEPT